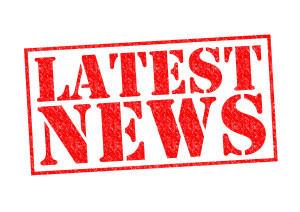 The Senate recently introduced two bills that include proposed changes to the federal estate tax laws. The reason?  To raise revenue due to the pandemic relief and infrastructure packages. These bills will have a significant impact on future estate planning, and may also disrupt existing plans with the increased risk of estate tax exposure.

The two bills currently under consideration are:

The details of these proposals are too extensive to summarize in detail, but I have outlined some of the more notable changes.

The Sanders and Van Hollen bills would affect not only the amount that each U.S. citizen is able to pass free of estate tax at death (commonly referred to as the “estate tax exemption”) and the estate tax rates, but would also alter the effectiveness of many common estate planning techniques.

The following example illustrates the impact of these changes:

George Jetson dies a widower in 2021, leaving his $11 million estate to his children, Judy and Elroy. The children will not pay any federal estate tax (assuming that George had made no prior lifetime taxable gifts) because the value of George’s assets is less than the $11.7 million estate tax exemption.  Under the changes proposed by the Sanders bill, Judy and Elroy will pay approximately $3.4 million in federal estate tax because the value of George’s estate will exceed the proposed $3.5 million exemption by $7.5 million.

Example: George gifts his $2 million Skypad apartment to Elroy and Jane. George will not pay a gift tax because he only gifted $2 million of his $11.7 lifetime exemption, leaving an additional $9.7 million that George can leave to his children free of estate tax when he dies. Under the bill, George will pay a gift tax on $1 million, the amount of the gift that exceeds his lifetime exemption.

The Sanders bill would also place limitations on gifts that qualify for the gift tax annual exclusion—currently $15,000 per person. Annual exclusion gifts are a valuable way to reduce estate tax exposure because the gifts do not reduce the lifetime exemption. The bill would reduce the annual exclusion to $10,000 and limit each person to a cumulative amount of $20,000 for most gifts. These changes could disrupt estate plans that include a pattern of annual gifting to trusts, particularly irrevocable life insurance trusts.

Under the existing tax laws, property that is included in an individual’s estate for federal estate tax purposes receives what is known as a “step up” in basis for income tax purposes.  This means that the beneficiaries inheriting the property are not required to pay income tax on any capital gain, and a beneficiary’s basis in the inherited property is adjusted to the fair market value at the time of death (with an important exception for interests in retirement plans, such an IRAs, and annuities). The result is that the beneficiary only has to pay tax on gains accruing after the date of death.

The Sanders bill would cap the basis “step up” at $1 million and would cause the estate to recognize the gain on property passing at death, as if the property had been sold, causing income tax at that time.  The bill would also cause gain recognition on property transferred by lifetime gift.

Example: George foregoes the gift and instead leaves his $ 2 million Skypad apartment in his Last Will and Testament to Elroy and Jane. George had purchased the apartment for $500,000. Under the current law, Jane and Elroy will have a $2 million cost basis, meaning they only pay a capital gains tax if they sell the apartment for more than the $2 million. Under the bill, the estate will recognize $500,00 in capital gains taxes because the stepped-up cost basis is only $1 million, which, when added to George’s original $500,000 basis, leaves $500,000 of taxable gain.

The bills include a number of other changes relating to particular estate planning techniques, including grantor retained annuity trusts (GRATs), trusts referred to as “grantor trusts,” and the rules relating to the valuation of family-owned corporations, LLCs, and partnerships for gift and estate tax purposes.  The Sanders bill also proposes changes to the application of the Generation Skipping Transfer (GST) tax exemption.

When will these changes occur?

It is important to note that neither of these bills has passed the Senate.  It is possible that they may never pass, or that they will be amended before passing and moving to the House for consideration.  The proposed reduction in the gift and estate tax exemptions, as currently drafted in the Sanders bill, would not apply until January 1, 2022.

If that bill is passed into law bearing that effective date, the next eight months could provide an opportunity for individuals who can afford to and wish to take advantage of the current exemption amount to do so by making gifts before the end of this year.

What should you do?

Given the number of proposed changes in the two bills, and the uncertainty as to whether they will pass, with or without amendment, it is not possible to make a general statement as to how you should react. Estate planning always requires analysis of each individual’s situation and goals, but that is especially true with respect to this proposed legislation.  It stands to have a disparate impact on any particular individual or family, depending on their level of wealth, the assets involved, and the extent to which a prior estate plan has been put in place.

If you anticipate any of these changes could affect your estate plans, I encourage you to contact the office and schedule a consultation so that we can discuss the potential impact of these proposals, and any changes you may wish to make now in order to avoid disruption to your plan.

New CT Laws: How Will They Affect Your Estate Plan?

Gift and Estate Tax Webinar: Learn how to reduce or eliminate them