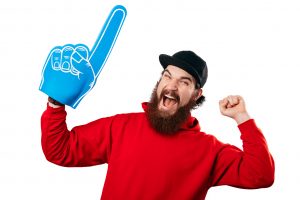 Whether you’re talking professional or college sports, season tickets for popular sports teams are usually very hard to come by.

And, once someone acquires season tickets, they aren’t likely to give them up. In many instances, fans literally have to wait for someone to die before they can move up the waiting list for available seats.

When someone has waited a long time and paid a lot of money to get their hands on those coveted tickets, it’s not surprising that they might also like to keep them in the family, even after they’ve gone to that big stadium in the sky.

So, can you inherit season tickets?

The answer is: Well, it depends.

Are they season tickets or seat licenses?

The first thing you need to figure out is exactly what you’re dealing with, because the inheritance rules for season tickets versus seat licenses are very different. 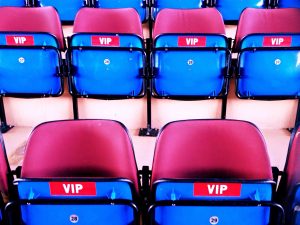 A seat license, sometimes referred to as a personal or permanent seat license or PSL, is an asset that a fan purchases. The license is associated with specific seats in a specific stadium, and it gives the license holder the right to buy season tickets each year.

In the NFL, for example, a number of teams including the Buffalo Bills, New York Jets, and Pittsburgh Steelers, use PSLs, which typically are considered to be an asset that the consumer buys and then, as owner, can transfer to anyone they choose. In most cases, seat licenses can be gifted or sold, and they can also be left to someone through a Will or trust.

Season tickets, on the other hand, represent a contract between the ticket holder and the team. The contract is written by the team, which has the right to impose any restrictions and conditions they see fit.

For instance, the Boston Red Sox consider tickets as revocable licenses and thus the Red Sox, as the licensee, have the right to revoke the tickets to the licensor (aka “the ticket holder”) for any reason.

In another example that went to a Colorado bankruptcy court, the Colorado Avalanche hockey team was able to retain its rights – including the right to restrict resale and transfer – to the season tickets as they were originally purchased and invoiced as a revocable license.

What if you have season tickets? 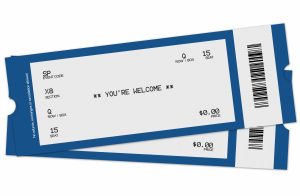 If you have season tickets, it’s highly unlikely that ownership can be transferred via a Will or trust. Overwhelmingly, most teams make it very difficult for season ticket holders to transfer ownership, including in cases of death.

Some teams, however, will allow a season ticket holder to fill out an official transfer form that essentially fulfills the same role as a Will—stating who should inherit the tickets.

For example, the New England Patriots’ “Pass It On Program” allows for season ticket members to fill out a form to request a transfer their account(s).  Specifically, the form also states that. “if the Current Member (season ticket holder) has passed away, an authorized family member may complete and sign the Request Form on behalf of the Current Member. In this situation, the family member who executes the Request Form may be asked to submit additional documentation before the request is considered. New England Patriots LLC (the “Team”) will review the Proposed Transfer(s) request and approve, reject, or condition the Proposed Transfer(s) request in the Team’s sole discretion.”

Even if you find out that the team in question does allow these kinds of transfers, you may still have another hurdle to clear. Many teams, for instance, will only allow for transfer to close family members: a spouse, child, parent, or sibling. Some teams are even more restrictive, and will only allow transfer to a spouse. If no surviving family member fits the criteria defined by the team, the tickets revert back to the team to be reallocated to the next fan waiting patiently in line.

Whether you have season tickets you’d like to leave to someone, or you’re hoping to inherit tickets from another family member, the best option is to be proactive. Do a little up-front research so you know which kind of asset you have, and then you can make a plan based on what you know about applicable restrictions.