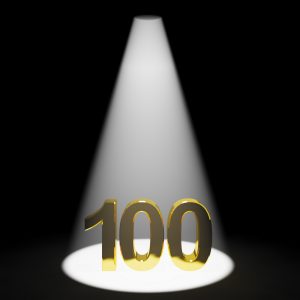 Passed into law on September 8, 1916, The Revenue Act of 1916 created a tax on the transfer of wealth from an estate to its beneficiaries. It applied to net estates, defined as the total property owned by a decedent less deductions for debts and administration costs.

Not much has changed in that regard over the last 100 years: today the estate tax makes up one-half of one percent of federal revenues and still affects only about 1% of people who die.

Rates got as high as 77% from 1941 until 1976. But then, in 2000, with the election of George H.W. Bush and a Republican Congress, Congress passed a law that President Bush signed that gradually led to the full repeal of the estate tax in 2010.

Since 2010, the estate tax has had a few changes and now provides (for 2016) a $5.45 million exemption from the estate tax, indexed annually for inflation, and a flat estate tax rate of 40% for amounts over the exemption amount.

Beware, however, that the federal government also has a gift tax which works similarly to the federal estate tax. You may give away up to $5.45 million without paying any gift tax, but once you exceed the exemption amount on the aggregation of all your gifts, you must pay a 40% gift tax on any further gifts.

Two points to note, however.

Note as well that some states, not all, also have their own estate tax scheme and that Connecticut is the only state that also has a gift tax.

Some say the wealthy can afford to pay an estate tax and that the tax is fair.

Some say that, having paid income taxes on what you were able to squirrel away into savings during your lifetime, you should not again be taxed (estate tax) on those savings when you die.

Some say for the small amount of revenue the estate tax raises, it should just be abolished.

Of course, in matters like this, there is no right or wrong answer as the ‘fairness’ of the tax is a judgment question.

But be careful and stay tuned.

The Democrats seem to want to dial back the estate tax to how it was in 2009– a $3.5 million exemption with a 45% estate tax rate—and President Obama has included this in his budget proposals to Congress for many years.

Regardless of what happens this November, the best suggestion I have for you is to stay tuned!

Should You Worry About Gift Tax?