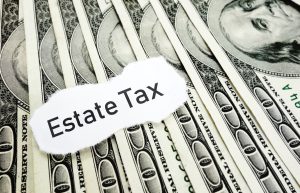 Connecticut did not know it was tying itself to what turned out to be a very generous exemption.

So as not to take too much of a tax hit, Connecticut passed legislation on May 31, 2018 changing its just-passed exemption amounts.

For a married couple the amount doubles to $22.4 million.

As a result of legislation Connecticut passed in October 2017, the Connecticut estate tax exemption WAS set to increase to

As a result of legislation Connecticut passed on May 31, 2018, the Connecticut estate tax exemption is NOW changed to the following:

The federal exemption amount in 2023 and thereafter (currently $11.18 million but indexed for inflation)

Here is an overlooked fact: The federal estate tax exemption in 2026 and beyond, according to the law that was passed in December 2017 by the Federal Congress , will revert to where it is was in 2017. It will drop from roughly $11 million to roughly $5.5 million.

You get only a temporary reprieve. So, no, you can’t pull the covers over your head and go back to sleep!

So, there is an opportunity to perhaps simplify, refocus on non-tax issues, and shift to income tax planning. But the opportunity starts with calling your estate tax attorney. I look to hearing from you.