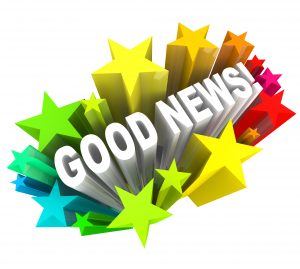 For married couples who intend to apply for Medicaid for one of the spouses, it is now possible to protect as much of the ill spouse’s income as is necessary for the healthy spouse to remain safely in the community , even if it exceeds the Medicaid cap.

What was the situation up until now?

For married couples, there are 3 basic protections for the healthy spouse:

An example of what this all means.

For a married couple with significant assets, the main goal is to protect those significant assets that are at risk over the $123,000 maximum that the state allows. The 2012 Federal Court case and annuity strategy pioneered by Czepiga Daly Pope & Perri largely solved this problem.

But what of the couple with modest assets where one of the spouses has significant fixed income and goes to a nursing home?

Say, for example, the husband has pension and social security income of $5,000/month combined, the wife has social security of $1,200/month, and their combined assets, exclusive of the personal residence, are $200,000.

The couple’s standard of living is reliant upon husband’s fixed income, so the goal is to protect the ill spouse’s income. Prior to Czepiga Daly Pope and Perri’s favorable Connecticut Supreme Court decision last month, the state would, at most, allow the wife to keep $1,800 of the husband’s income to give her the maximum monthly income amount the state would allow of $3,000. The wife’s income plummets from $6,200/month to the $3,000/month cap and she may very well not be able to afford to stay in her home any longer.

As a result of the Connecticut Supreme Court decision, for married couples who intend to apply for Medicaid benefits, it is now possible for the healthy spouse to keep as much income as is needed to remain safely in the community, even if means keeping more than the State’s $3,000/month cap or even keeping the entire $6,200/month of income.

It’s all about timing

To take advantage of this income protection strategy for the healthy spouse, timing is of utmost importance. And it is necessary to establish a conservatorship (even a voluntary one) over the ill spouse ahead of time. Embarking on this strategy is something that should only be done with the assistance of a qualified attorney.

If  you are a professional and would like an in-service on this income protection strategy, give us a all. If you or a loved will be needing to apply for Medicaid benefits now or at some point in the future, contact us today. We’ll work hard to protect what you’ve work hard for.

Annuities as Asset Protection for Couples: Smart Move if You Do it Right

Applying for Conservatorship in Connecticut

Using a SPIA to Protect Assets