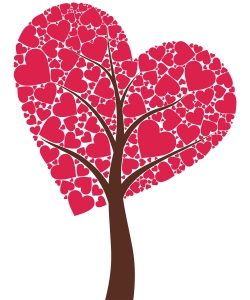 Could you ever imagine that leaving your spouse out of your Will could be a great thing?

It’s true. Even in the best of marriages, there may be times when it makes sense to disinherit your spouse. And it’s all for his or her protection.

Typically, a married couple’s Wills provide that when one dies, the estate passes to the other. However, there may be certain circumstances where this may not be the best plan. Consider the following example:

The Smiths are an elderly married couple. Bill is in a nursing home on Medicaid. Mary is still living in their home. Bill is called the “institutionalized spouse” and Mary is called the “community spouse” or “well spouse.”

What if Mary were to die first?

If Mary’s Will leaves everything to Bill, the assets he inherits might make him ineligible for Medicaid, which has strict asset limits. If the additional assets could be used up by spending down (see last blog), great. But if not, Bill will not get Medicaid benefits to help with the exorbitant cost of staying in the nursing home.

To avoid this dilemma, the community spouse should not include the institutionalized spouse in his or her Will. Yes, that means intentionally leaving the spouse of the Will. In this case, Mary should disinherit Bill for his own protection.

Go with a testamentary trust

A better option would be to create a testamentary special needs trust, which means that it becomes active when the grantor (the person who made the Will) dies.

Here’s why. In Connecticut, even if Bill was disinherited, because he’s on Medicaid, the state will require him or his legal representative to “elect against the Will” when Mary dies. This means that the estate would be required to pay a portion of the estate called an “elective share” to Bill, which would be the life use amount of one third of Mary’s estate. This share could conceivably ruin Bill’s eligibility for Medicaid benefits.

If Mary creates a testamentary special needs trust that would leave the minimum amount that the state will require, i.e. the elective share to Bill. Because the inheritance is in a special needs trust it is disregarded for determining Medicaid eligibility. Therefore, Bill will have use of this during his lifetime but it will not affect his eligibility.

Leaving a spouse out of your Will isn’t all bad after all. In fact, it can mean all the difference in how he or she is cared for in their final days, when you’re not around to help.