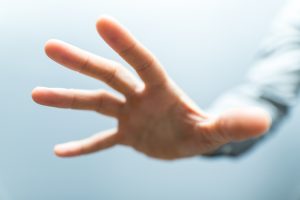 Have you heard the news that wealthy business owners might soon see a bigger tax hit when they transfer ownership stakes to their children? Take a look at some headlines I’ve seen:

Recently proposed IRS regulations dealing with the special valuation rules of Internal Revenue Code sections 2701 to 2704 can severely restrict a taxpayer’s ability to achieve minority and lack-of-control valuation discounts with respect to the transfer of interests in many family-owned entities. However, the regulations will not be effective until finalized and may face serious opposition and even litigation.

One often-used estate planning technique involves transferring interests in a closely held business to children or to a trust for children and to claim valuation discounts for lack of marketability and lack of control. These discounts arise because the recipient of the transfer is, practically speaking, unable to sell the interest on the open market or to participate meaningfully in the operation of the business.

Think about it—what would you pay for a 10% interest in a company that was worth $1.0 million?

Would you pay $100,000 knowing that you could be out-voted in any major decisions (or were not able to vote at all if your ownership was a limited partner interest or non-voting corporate shares) and there was nobody to sell your interest too if you decided ‘to get out?”

Probably not, so for gift tax purposes you would argue that your gift of 10% was worth substantially less than $100,000. A typical taxpayer would claim discounts in the 30-40% range.

The IRS has fought an uphill battle against what it considers to be abusive valuation discount planning with family-owned entities, but on the legislative front there has been little or no concern shown by Congress on this issue. Consequently, the fact that the IRS might be unhappy with the results of certain valuation reduction strategies may seem like a minor matter.

Until now, that is. And, although one might concede that some taxpayers may have gone too far by creating family businesses for the sole purpose of obtaining discounts on such business that own only marketable securities, these proposed regulations take aim at even traditional ‘legitimate’ businesses.

What the proposal says

The amendments are proposed to be effective on and after the date that regulations are published as final regulations in the Federal Register. A public hearing is scheduled for December 1, 2016.

The regulations may be challenged, but taxpayers should consider completing any gifts as quickly as possible if they want to get the benefit of valuation discounts.

If you need help understanding estate taxes, gifting and tax consequences, give us a call.