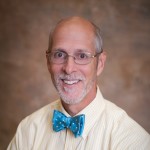 Well, it has happened at last.

After failed attempts in 2003 and 2004 to amend Connecticut’s Power of Attorney laws, the Connecticut legislature and governor finally signed into law a new POA law that takes effect July 1, 2016.

The financial world is far different now than it was in 1965 and the old law just did not keep up with the times.

Before reading on, please note that the “Principal” is the person giving someone a POA and the “agent” is the person receiving it and who is authorized by the Principal to act.

Also note that the new Act provides default provisions and that many sections of the Act start with “Unless the Power of Attorney provides otherwise….” so there is, as under old law, the ability to custom craft a POA.

The new Act provides a suggested POA form, but the form can be altered as needed and the new form also has a section where the Principal can include “Special Instructions.”

The new form also includes warnings for certain powerful provisions (such as for gifting and amending trusts) that reads:

“YOU SHOULD SEEK LEGAL ADVICE BEFORE INCLUDING THE FOLLOWING POWERS:”

Here is what I feel are the highlights:

New law: A third party, such as a financial institution, must honor a POA unless they believe in good faith that:

New law: Now, all POAs executed in accordance with the new law are durable unless the Principal indicates otherwise—no special language is needed.

Under the new law, an Agent may make gifts, change beneficiary designations, and create or change rights of survivorship. These are very powerful provisions, but they must be exercised in a manner consistent with the agent’s authority granted in the POA. And unless the POA otherwise provides, gifts are limited to the annual gift tax exclusion (now $14,000 per person per year).

Under the new Act, the Principal may still absolve the Agent from liability, but the Agent, regardless, will remain liable to the Principal if the Agent acts improperly under the POA (act with an improper motive, reckless indifference to the Principal’s best interests, or had the “hold harmless” inserted by abusing his or her relationship with the Principal).

There is a lot here, most of it very good and necessary.

My suggestion is that anyone who has a Connecticut Power of Attorney should have it reviewed and redone using the new form. If you’d like our help, give us a call.

The POA Flaw: Jumping Through Hoops to Get 3rd Parties to Accept Them

Why You Need a Springing Power of Attorney

Who Should I Choose as a Power of Attorney?