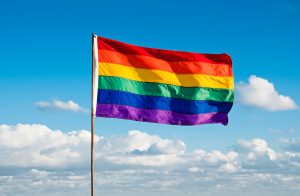 No one should ever have to pretend to be someone they’re not.

This is especially true later in life when a person has, by dint of having years’ worth of life experience, earned the right to live authentically, without fear of judgment or discrimination.

Tragically, however, denying their truth and hiding behind lies is exactly what many senior LGBT people must do to receive quality care in elder care facilities.  Similarly, they are struggling to navigate legal and financial issues related to medical care, insurance, health proxy designations, and inheritance.

The issue of discrimination against LGBT partnerships and marriages in medical, hospice, and long-term care scenarios is finally getting some mainstream attention.

Last summer The Atlantic Magazine published a piece about how LGBT seniors are being pushed back into the closet. In the article, David R. Wheeler profiles Rabbi Sara Paasche-Orlow and her work to educate long-term care residents and staff members on the specific barriers to and disparities of healthcare that many LGBT seniors face

The article also cites some stats from a survey run by The LGBT Aging Project, a Boston-based nonprofit that advocates for LGBT seniors:

Yet the LGBT Aging Center’s survey found that only 22% of respondents felt they could be open about their sexual identities with health-care staff. Almost 90% predicted that staff members would discriminate based on their sexual orientations or gender identities. And 43%reported instances of mistreatment.

This is clearly not an isolated problem.

On another front, a beautifully produced movie is also helping to educate people about the very real and uniquely heartbreaking situations that many LGBT seniors find themselves in during the most vulnerable years of their lives.

The work of acclaimed documentary film maker, Stu Maddux, Gen Silent tells the stories of six LGBT seniors to whom Maddux posed a difficult question: whether they would hide their true identity  (along with their friends and spouses) in order to survive in the long-term care system. The answers captured on film may surprise you as they reveal levels of oppression that most people believed were far behind us.

Trying to bring about change

In addition to media coverage of this emotional topic, there are also several organizations that are working on the ground, side-by-side with LGBT seniors and the people who love them — friends and family — to bring about change on the individual and systemic level.

The National Resource Center on LGBT Aging, founded in 2010, describes itself as a “technical assistance resource center aimed at improving the quality of services and supports offered to lesbian, gay, bisexual and/or transgender older adults.” Their website includes many resources including state-by-state resources lists (here’s the list for Connecticut), a number of helpful reports on topics such as Marriage, Medicare and Medicaid – What Same-sex Couples Need to Know, and other insightful materials such as their poignant and eye-opening Stories from the Field.

Hopefully, increasing awareness of these issues and providing real-world resources to address individual situations will help to mark the beginning of the end of the cruel and unfair discrimination as well as general mistreatment of LGBT seniors. In the meantime, the entire team at Czepiga Daly Pope & Perri is always here to provide support in any cases where an individual is being discriminated against for any reason.