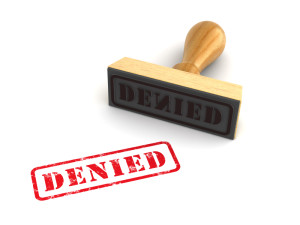 Imagine spending tens of thousands of dollars over the years on a long-term care insurance policy, and when the time came where you needed the coverage, the company told you it changed its rules and denied your claim.

Sounds like a nightmare, right? It happened to 91-year old Marie Gardner.

Marie, a Connecticut resident,  had the foresight and the finances to purchase a long term care insurance policy from a subsidiary of CNA Financial Corporation. Imagine her surprise when CNA changed the rules and decided that her assisted living facility does not qualify as a long-term care facility and denied her claim.

She’s not the only one affected. Three hundred eighty-three Connecticut policyholders – not to mention 20,000 across the nation – are also exposed in this corporate turnabout. A pending suit will determine the outcome.

Marie’s policy came in handy when she broke her hip in 2008. She filed a claim and moved to The Village at Buckland Court in South Windsor, an assisted living facility. Her policy paid her expenses for a few years. Once she was back on her feet, she began paying her policy premiums again, and stayed at The Village, paying for her monthly expenses from her own assets.

Then, in 2012 she fell down the stairs and broke her hip. Once again, she filed a claim. This time it was denied. CNA determined that the same facility they had recognized in the past was now “Not a qualified provider – must be a licensed agency/facility” in their explanation of benefits, justifying the denial.

Marie’s case has turned into a class-action lawsuit on behalf of 100 Connecticut policyholders whose claims, totaling $5 million, are currently being denied due to CNA’s revised interpretation of “long-term care facility.”

The lawsuit alleges that CNA made the change because it was losing money on Connecticut policies. To cover the losses, in addition to denying claims they had previously paid, they sought to raise premiums by a whopping 45% and succeeded in getting approval for a 30% increase.

So what is a long-term facility?

The decision in this case rides on whether a Connecticut assisted living facility meets the policy’s definition of a long-term care facility. The attorney for the plaintiffs states: “Defendants [CNA] have taken a broad long term care insurance policy that, for years, covered stays at facilities ranging from assisted living to nursing homes, and converted it to a ‘nursing home only’ policy.”

The court case is pending, but in the meantime, Marie is not only paying all of her expenses at the assisted living facility, she is paying her policy premium – with a 30% markup.

As Connecticut’s population ages, this case may foreshadow things to come as insurers seek to cut losses, sometimes at the expense of policyholders.

If you have a long-term care insurance policy or are seeking one,

As elder law attorneys, we’ll be watching the outcome of this case closely. It will affect many Connecticut residents,  and scores of people throughout the nation who are counting on their long-term care insurance policies to carry them through their twilight years.

Unsettling news, for sure. We’ll keep you posted.