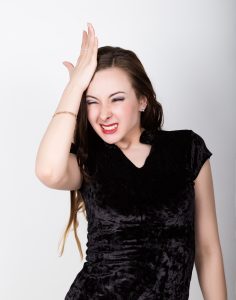 You cared for your parent and you got paid for your services. Will this jeopardize eligibility for future public benefits?

To briefly set the scene, after 80 year old E.B. was diagnosed with Lewy body dementia in 2009 she was in need of constant attention.  Her dutiful daughter stepped in to care for her.  In many ways, E.B. and her daughter did everything right.

Or as it turned out in the eyes of the New Jersey Superior Court, almost everything.

All the way back to 2003, E.B. moved into her daughter’s home because E.B. was afraid of continuing to live alone and was unable to shop or cook for herself.  A portion of the daughter’s home was set aside for E.B.’s use, and the family referred to that as E.B.’s “apartment.”

It appears that E.B’s need for significant assistance increased over time.  By 2011 someone in the family had to be in E.B’s presence at all times she was awake.  And the family had a baby monitor installed so they could also be aware if E.B. woke at night and needed help.

Eventually, several years after she started providing assistance to her mother, the daughter felt she needed to start receiving compensation.  And her approach was not unreasonable.  She did a simple search on the internet and learned as of that year, companion caretakers were being paid an average of $8.00 to $12.00 per hour.  She simply split the difference and started paying herself $10.00 per hour – $400 per week based on an estimated 40 hours of help with an additional $25 for the time she would typically spend in a week shopping for her mother’s food and medications and the like.

She also explained to the court that her plan all along was to try to keep caring for mom at home for the remainder of life, keeping her out of the nursing home.

But in 2013 E.B. had a fall and was unable to communicate any more, and E.B. did in fact have to move to a skilled nursing facility.

Time to apply for Medicaid

Despite all of the daughter’s efforts to help her mother, there was a big problem with a Medicaid application for E.B.  The Camden County Board of Social Services decided that $69,211.90 was impermissibly transferred from E.B. to her daughter, and it proceeded to formally impose a transfer penalty on E.B.’s benefit eligibility.  That was the amount that was transferred from mom to daughter as compensation for daughter’s services.

How can that be?  Why was there a Medicaid transfer penalty imposed?

It is really quite simple – an adult child can certainly be compensated for services provided to an older parent.  But there needs to be a written, formal agreement in place ahead of time.

And then it is very important than the care provider keeps good, detailed records on what services were provided and when.  Here, we cannot know for certain what E.B. and her daughter had discussed orally, but we do know they never signed any sort of formal agreement.  And rather than keeping the sort of detailed time log that would have protected the daughter, she simply guesstimated the time she was putting into helping mom and paid herself based on that estimate.

And unfortunately for E.B., for Medicaid purposes, a guesstimate just doesn’t cut it.

We explained earlier that the daughter did not pay herself for the first several years after she quit her job to help mom.   Well, to add insult to injury, when the daughter tried to appeal the transfer penalty decision, the court looked to a state statute that essentially said that you cannot be compensated for services now if you provided the same services in the past for free.

Essentially, you snooze, you lose.

If this family had only consulted with a competent elder law attorney earlier they could easily have avoided the problems which ensued.  We certainly would have advised the daughter on the importance of having a formal written Care Agreement in place ahead of time, signed by both mom and daughter.

And we would have stressed the importance of having a good paper trail to tie mom’s payments to daughter to the actual services the daughter provided to mom in a given period of time.  But unfortunately they never did that and now they are paying a price.

We have written before about the key elements of a family Care Agreement.  If you are thinking about getting reimbursed or paid for providing care for a loved one, I recommend that you give us a call. You don’t want to jeopardize future public benefit eligibility.

Being Your Parent’s Healthcare Advocate: How to Get Started

Free Report: 22 Medicaid Services You Should Know About