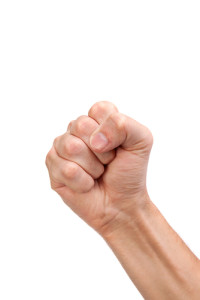 Much has been written recently about the practice of hospitals to hold a patient in “observation status” rather than to formally admit them as a patient. Because the patient is not formally admitted, their hospital stay, even if it is for three nights, does not meet the first prong of Medicare’s test for subsequent Medicare coverage of up to 100 days in a nursing home.

I am pleased to report, however, that support is building for legislation to correct a technicality in Medicare law that is preventing thousands of hospital patients from being covered for a subsequent nursing home stay.

Medicare pays all or part of the costs for up to 100 days of a nursing home stay, but only if the patient was first admitted to a hospital as an inpatient for at least three days. To avoid financial penalties from Medicare if they readmit patients too quickly, hospitals are increasingly not admitting patients at all but rather placing them “under observation” to determine whether they should be admitted.

Although Medicare’s guidelines say it should take no more than 24 to 48 hours to make this determination, in reality hospitals sometimes keep patients under observation for up to a week. If the patient moves to a nursing home after the hospital stay without having been admitted or admitted for fewer than three days, the patient must pick up the tab for the nursing home — Medicare will pay none of it (unless the patient is lucky enough to be in a Medicare Advantage plan that chooses to cover the costs).

In a 2013 report, the Inspector General for the U.S. Department of Health and Human Services identified more than 600,000 hospital stays that lasted for three or more nights but did not qualify the patient for coverage of nursing home care.  In a recent report, AARP’s Public Policy Institute found that between 2001 and 2009, Medicare claims for observation status grew by more than 100 percent.

The fight is on

But as hospitals’ use of observation status expands and more beneficiaries are being denied nursing home coverage, the issue is attracting increased attention.  In January, the observation status loophole made the NBC Nightly News in a three-minute segment titled “The Two Words That Cost Medicare Patients Thousands.”

Rep. Joe Courtney (D-CT) has introduced bills since 2010 to allow the time patients spend in the hospital “under observation” to count toward the requisite three-day hospital stay for Medicare coverage of skilled nursing care.  The legislation has gone nowhere, but Courtney is now optimistic that Congress will finally take action.  His latest bill, H.R. 1179, was introduced with Iowa Republican Rep. Tom Latham and has 137 co-sponsors.  A companion bill in the Senate introduced by Sen. Sherrod Brown (D-OH), S. 569, has 25 co-sponsors.

And last week, the American Bar Association passed a resolution urging Congress to enact the bills or similar legislation.  In announcing news of the ABA’s resolution, the Center for Medicare Advocacy, which has sued to force the government to change its rules governing how hospitals admit patients, said that it “and other advocacy groups are hopeful that increased awareness of the Observation status problem will lead to a solution.”

Stay tuned to see how this saga unfolds.