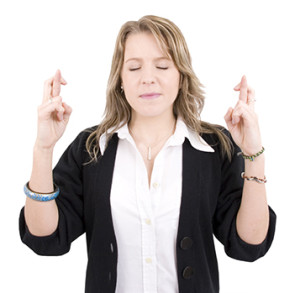 But then, as now, POAs still suffer one flaw—trying to get third parties, especially financial institutions—to accept them.

Here is a typical example of the problem:
Trusted agent (daughter) holding the POA for the disabled parent (mom) tries to use the POA for the first time at a bank and innocently and honestly asks the teller to make a withdrawal from mom’s account to pay a legitimate bill of mom’s.

What the tellers sees is a stranger (daughter) with an old piece of paper (the POA) asking  for something that does not belong to her (money from mom’s account). So the teller either denies the request or makes the daughter jump through hoops before the bank honors the POA.

The hoops can run the gamut:
From asking the daughter to return to the attorney’s office that drafted the POA and getting the attorney to certify in writing that the POA is still valid and has not been revoked; or having the daughter get mom to sign a new POA on the bank’s own form, the latter not being feasible if mom no longer has the requisite mental capacity to sign  a legal document.

Back, way back in 2003 and again in 2004, Bills were introduced in the Connecticut Legislature to mandate that financial institutions honor a POA unless the institution had express knowledge of its revocation. The Banking Committee killed the Bill each of those two years. Connecticut last tinkered with its POA laws in May 1990 when it added health care decision making and again in 2006 when it removed health care decision making (replacing health care with something called a “health care representative).

Which brings me to the present.

We are at it again. Enter Raised Bill No. 5215, An Act Concerning Adoption of the Connecticut Uniform Power of Attorney Act. I don’t believe that of all the List serves I participate in has any topic that has generated so much discussion and, specifically, under what circumstance is a financial institution allowed to refuse the POA and how to determine its proper revocation.

The Act is a “uniform act,” meaning that it was drafted by a team of volunteer attorneys from around the nation, sort of as a public service, and the uniform act version can be adopted by State legislatures if so desired. Thus far fifteen States have adopted the uniform act version. In addition, the Bill before our State legislature was vetted by and has the approval of the Connecticut Bar Association, with the support of its Elder Law and Estates and Probate committees.

Without getting bogged down in the legal debate over the efficacy of the new Act in addressing the issues about enforceability of the POA or how to effectuate its revocation, suffice it to say that our POA laws are long overdue for an overhaul so any legislation on this topic is bound to be helpful.

What is a Power of Attorney and Who Should You Choose?