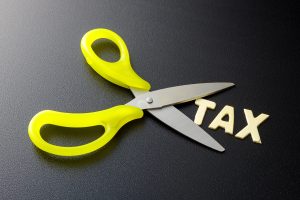 I just read a lot of detail on the Governor’s proposed budget that he released this week. In the midst of the drastic news about expenditure cut, there was actually some good news.

The Governor is proposing to increase Connecticut’s gift tax and estate tax exemption to be at the same level as the federal government’s.

Currently the Connecticut exemption amount is $2.0 million and the federal exemption is $5.49 million. The increase in

Connecticut’s exemption, if it occurs, will be phased in, beginning with gifts made and people dying after January 1, 2018.

Well, well, well. Who would’ve thunk? Is this a recognition that many of Connecticut’s citizens are migrating out to tax free havens like Florida and other estate tax-free states? And remember, too, that Connecticut is the only state in the country with a gift tax—not necessarily anything to brag about!

So, will the Governor’s proposal last long enough to become law in tough budget times?

The estimated revenue loss is $-0- for 2018, but $20.1 million for 2019. Will the legislature go along with a $20.1 million tax loss when many constituencies will be screaming about cuts to causes near and dear to them?

Stay tuned. It is likely to be a rough ride!