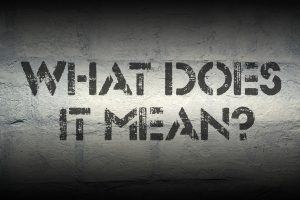 Clients frequently ask me what effect repealing the Affordable Care Act (ACA) will have on Medicaid. The answer depends on which version you read (the two leading contenders: House Speaker Paul Ryan’s plan or Health and Human Secretary Tom Price’s).

Most of the proposals have one element in common: a conversion to Medicaid block grants.

What does this mean?

Will it “cut out fraud, waste and abuse,” as President Trump’s adviser Kellyanne Conway suggests?

Or would 43,000 people die annually as a result of the ACA repeal, as a New England Journal of Medicine study recently revealed?

We all hope it is not the latter, but this all remains to be seen.

First, let’s back up and review Medicaid. Medicaid is a medical welfare program, also referred to as Title XIX, which provides health care for 75 million people. There is federal enacting legislation, and the states implement the program. The program funding comes in part from the federal government and the balance from states.

One exception is Medicaid expansion under the ACA (which Connecticut adopted): the feds pay 100%. There is much confusion these days about “entitlement programs,” but Medicaid is exactly that: anyone who qualifies financially is eligible. There is no cap on the number of beneficiaries or federal funding.

Medicaid block grants would completely alter the existing methodology by capping federal expenditures to the states. Consequently, it is, as you’d expect, all about the fiscal savings.

Based on what I have read, there is no indication that this conversion will cut fraud, waste and abuse because it is an across-the-board reduction of federal dollars. The result is that states would have greater flexibility in administering the program, potentially deciding who is entitled to receive benefits.

I can’t opine on whether people will die as a result, but there is no question that the Medicaid population (currently 25% of the population) will plummet.

The good news is that the core tenet of Medicaid—providing medical care to the disabled and elderly—should not change significantly. The federal safeguards that are in place now for these sectors of the population should remain, meaning that states will be preempted by federal law if they try to reduce benefits. Nursing home residents on Medicaid (more than 70% in Connecticut) should not be affected as a result. Those individuals receiving health care through the Affordable Care Act and Medicaid expansion, however, would likely account for the bulk of the purported savings with Medicaid block grants, since most plans provide for either an elimination or a significant reduction.

The details of exactly how Medicaid block grants will play out is uncertain. Until more is known, I am offering my own educated speculation. When the muddied waters clear, you will hear it from us first!