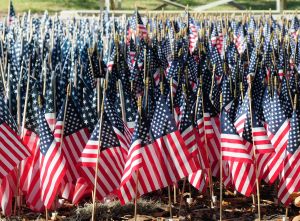 The Department of Defense announced that military benefits are now going to be available to married couples of the same sex.

This landmark decision comes in response to the Supreme Court’s ruling against DOMA, which essentially prevented agencies and departments of the federal government to recognize same-sex marriages. This ruling is a national issue that affects same-sex couples in Connecticut.

So what’s the problem? Around three dozen states still do not recognize same sex marriage, and some of these states have large numbers of veterans, including Florida, Pennsylvania and Texas. So a variety in state laws may prevent some couples from receiving benefits.

Is your marriage valid in the eyes of the VA?

Some complications might arise from such rules. According to federal statute, the VA will consider your marriage valid if:

And the benefits are…

Your spouse may now be eligible for a variety of benefits including health insurance, housing allowances, home loans, social security, burial, retirement and educational benefits.

How can I assert my veteran’s benefits for my partner?

First, if you are not yet married but are considering getting married, you should consult with an Accredited Veterans Affairs Claims Attorney in an effort to make sure you will be covered. An Accredited Veterans Affairs Claims Attorney can help you understand your and your partner’s rights to benefits and assist you in claiming them.  It’s a new law that can be confusing, you don’t want to lose potential benefits by going about it wrong.