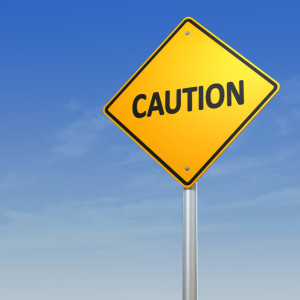 You have had a long time client who is now of advanced age, let’s call her Jane. Jane has a trust account for her revocable trust; she is the sole trustee. She also has a personal account that has some Stanley Black and Decker stock she purchased over her many years of working there and  that she has sentimental ties to.

Although you had been meeting annually with Jane to discuss her portfolio’s investment performance and her investment objectives, she begged off on last year’s meeting for health reasons.

When you last met with Jane, you noticed that she was becoming less focused and was overly deferential to any suggestion you make.

When the children get involved

Her son Jim accompanied Jane to the last meeting you had with her 2 years ago.  He is one of her 4 children. You have learned a bit about each child over your years of being Jane’s financial advisor and she has oftentimes mentioned how she was disappointed in all the potential Jim had that just never materialized.

You also know that Jane has, on occasion, liquidated some of her holdings to finance some scheme of Jim’s or to provide him with financial assistance. Although you don’t know Jim well, he seems to be concerned about this mother, but he also seems to have investment ideas that are contrary to what you believe is appropriate for Jane.

One day you receive correspondence from an attorney you don’t know. In the envelope are three documents, all dated the same day last week. They are:

1. A Durable Power of Attorney signed by Jane naming Jim as her agent.

2. An Affidavit signed by Jim stating that, under the terms of his mother’s revocable trust, he becomes the trustee should his mother become incapable of serving as the trustee and the affidavit states that his mother is incapable and that he has assumed the role of trustee, replacing his mother.

3. Instructions, signed by Jim as agent for his mother under the POA, requesting that the Stanley stock be sold and that the proceeds be reinvested in two fairly new technology based companies.

The POA conveys broad powers, including the power to buy and sell stock, and is effective immediately (unlike a Springing Power of Attorney that is effective only when a person is incapacitated). Both documents are witnessed and notarized.

What do you do? You want to be helpful, of course, but should you rely on these documents? Any red flags?

1. The Stanley stock. Jane has sentimental ties to this stock and, although you have prudently suggested she diversify her holdings, she has been steadfast in holding on to this stock. What changed? And what do you do about the fact that the stock has a very low basis? It would be acceptable to liquidate a bit of the stock each year, but is Jim, or Jane, aware of the large taxable long term capital gain that will be realized upon a sale of the stock?

2. The two technology companies. Jane preferred to invest in companies she had some familiarity with and know how they operated. She preferred “brick and mortar” companies and utility stocks. Whenever you suggested anything like Apple, Facebook, Google, or Microsoft, she politely declined.  What are you to make of these two new companies?

3. You are puzzled as to why Jane was able to sign a POA naming Jim as her agent, but yet on the same day Jim signed a document stating his mother was incapacitated to the point where she could not serve as trustee of her own trust.  It seems that there is a discrepancy between what the two documents are indicating about Jane. IF Jane was OK to sign a POA, couldn’t she just as well have signed a Resignation as trustee, thereby allowing  her son Jim to automatically become the successor?

4. The attorney. You know lots of local, and good, attorneys, and you know personally Jane’s attorney of many years, but who is this new attorney? Why did Jane not use the same attorney she has been using for many, many years?

5. Jim. Is he acting in his mother’s best interest?  Is he the “right” child to take over the investment responsibilities of his mother? Are the other 3 children aware of what is going on?

What can you do?

1. You can call Jane and, if need be, go out to her home and visit her. This will allow you to lay eyes on her and confirm for yourself what abilities she has/or does not have. But this visit may leave you still in a quandary because often times, in matters like these, we are dealing in shades of grey—everything is not either black or white.

2. What do your in-house rules or procedures dictate?  Do you have in-house counsel? Must you honor a POA? Can you ask Jim to have his mother conserved?

3. You can call the “new” attorney, but the chances are the new attorney will not speak to you due to client confidentiality concerns, but you might gleam something useful from the conversation such as whether the new attorney was also the son’s attorney.

4. You can call Jane’s longtime attorney. This attorney can speak to you about when he last saw Jane, whether he knows the “new” attorney, what is his take on the new documents and the like. You can encourage him to call Jane directly to ask what is going on, similarly to you, yourself, calling Jane.

5. You can call the son and make inquiry of him about all of the issues raised above.

6. You can ask for medical confirmation about Jane’s inability to serve as trustee, but, assuming you receive it, such a confirmation throws into question Jane’s capacity to have signed a POA.

There is no roadmap in such situations. You just have to do your due diligence and make a decision about whether to honor some or all or none of the three documents.  And all of this will take time, which probably is not a problem unless the overall market, and the Stanley stock and the two technology stocks, are on the move with Stanley going down and the technology stocks going up.

Oh, what a tangled web we weave. Just make sure you are not the fly that gets stuck in it and devoured.

Call us at (860) 236-7673— we can guide you through this. And we can come speak to your office colleagues about what to look for when representing elderly clients.

What is a Power of Attorney? And Who Should You Choose?
The Money Talk: Why, When and How
When Life Insurance Proceeds Go To The Wrong Person
How to Protect Your Beneficiaries From a Bad Trustee