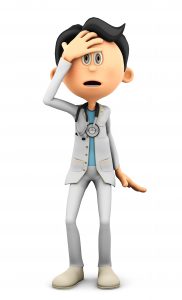 It happens more often than you might imagine. After losing a loved one, family members discover that the deceased’s life insurance policy is about to be paid out to an unexpected beneficiary. Such news can come as a nasty shock, and—unfortunately—it can herald an uphill battle to get the situation resolved.

Given that a life insurance or annuity is a direct contact between the insured (the deceased) and the company providing the insurance/annuity, the claims are settled independently from any Will or Trust that the deceased may have had in place.

When a beneficiary designation can be challenged

The general rule of course is that the named beneficiary should receive the proceeds of a life insurance upon the death of the insured.  However, there are some circumstances where the beneficiary designation can be challenged.

In order to change the beneficiary, the insured must follow the steps the insurance company requires.  But there are exceptions. One well-recognized exception is “when the insured has done all in his power to comply with the procedure set out in the policy but has failed because of some circumstance beyond his control.”  Aetna Life Ins. Co. v. Hartford Nat’l Bank & Trust. Whether the insured did everything in his power to change the beneficiary will depend on the facts and circumstances of every case.

Finally, there are more nefarious cases in which there has potentially been some kind of intentional foul play. These kinds of situations are often easy to identify because they involve the insured making significant (and usually unexpected) changes to estate plans and beneficiary designations late in life.

Undue influence cases involve a third party using threats, isolation, or other forms of manipulation and coercion to influence how the insured designates a beneficiary. This often comes up in instances where the beneficiary is a caregiver, someone with power of attorney, or another individual who is a trusted confidant of the insured.

Lack of capacity or mental incompetence cases involve the insured lacking an understanding of the documents they’re signing. For instance, a dementia patient might sign beneficiary designation papers without knowing what they are or might designate someone (such as a caregiver in a nursing home) as the beneficiary—not out of spite or because of undue influence, but simply because they didn’t know what they were signing.

And, in cases of fraud or forgery, the issue is just what it sounds like—someone falsifying paperwork themselves or misleading the insured into signing something by feeding them with incorrect information.

As we’ve already said, challenging the designation of a life insurance beneficiary isn’t an easy task, but if the case warrants, the effort can be worth it.

From there, the issue will be handled in either a civil court or a probate court. In either case, if you want to challenge a beneficiary designation, we highly recommend you give us a call for support and guidance of a Connecticut probate attorney. Contesting a beneficiary designation is a complex undertaking that requires experience and an in-depth understanding of the applicable laws – we can help.