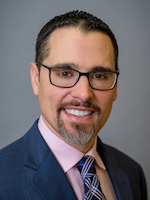 Carmine Perri will protect your rights. He will defend you against nursing facilities that commence collection actions. He will represent you in will contests, conservatorships, and other contested Probate matters. He will hold accountable those who are responsible for financial exploitation and elder abuse. And, because he knows how Medicaid works, he knows what it takes to win a Medicaid case for you. His goal, put simply, is to protect your rights.

Carmine represents individuals from all over the country as well as internationally.

Carmine is frequently sought out by other legal professionals. His in-depth knowledge has been illustrated in articles and presentations for the CT Bar Journal, the CT Bar Association, the CT Chapter of NAELA and the CT Trial Lawyers Association. Featured topics have included:

Carmine loves research, writing and oral argument. He also appreciates the opportunity to represent clients in matters that affect their lives. When he’s not in the office or fighting in court for our clients, Carmine enjoys spending time with his wife and two sons, running, or cycling.