Preserving Assets to Care for a Child with a Disability… 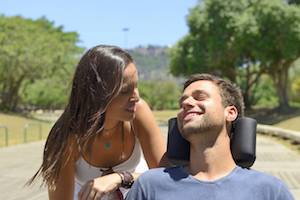 Reconciling the need for skilled care in a nursing home with a parent’s desire to provide for his or her children is a complicated task. The problem becomes even more complex when the situation involves multiple children, one of whom lives with an intellectual disability.

This was the situation Georgia faced when she came to Czepiga Daly Pope & Perri seeking a solution that would enable her mother to qualify for Medicaid, while also preserving existing real estate and financial assets that would provide for Alex, her brother who has a disability. The solution we provided had a number of moving parts, but ultimately provided care for both mother and son.

When Time is Working Against You

Georgia’s mother required care in a skilled nursing facility, and that care was costing her about $11,000 per month. The nursing home bill was being paid for privately out of some of the mother’s existing assets which were managed by Georgia’s sister, who had taken on the role of conservator.

The looming problem was that, based on the mother’s life expectancy, the available funds were likely to run out well in advance of her passing. If that happened, there would be nothing left for any of her eight children — a situation which was particularly troubling when it came to her son Alex.

Under normal circumstances, a parent who wants to preserve assets for his or her children will make a gift of those assets. The constraint around such gifts is that if they are made within five years of the parent applying for Medicaid, the state will impose a penalty. One exception to the five-year “look-back” requirement is for gifts made to a child whose disability entitles him or her to receive social security benefits.

In this case, Alex child was a grown man with an intellectual disability. He was living independently, but was at a disadvantage when it came to providing for himself. To help compensate for this disadvantage, he had been receiving various forms of state assistance including HUSKY medical assistance and food stamps.

This reliance on state assistance further complicated the situation. Even though, due to his disability, it was possible to circumvent the 5-year look-back requirement for any gifts made to him, if Alex were to receive a gift from his mother, the state could reduce or even terminate some of his benefits and also potentially look to recoup some of the money they had already spent on his care.

In addition to these legal constraints, there was inter-family conflict because Georgia’s sister, who was acting as the mother’s conservator, felt that paying for the nursing home privately was a viable solution and did not, therefore, see any need to transfer assets to Alex or apply for Medicaid.

Once our team understood the constraints of the situation, we devised a solution that would provide for both the mother and the son.

The first step was transferring the conservatorship from Georgia’s sister who did not see a need to make any change, to Georgia - who had reached out to us on behalf of her brother Alex. We explained that if no changes were made, the mother’s assets would all wind up going to pay for the nursing home care, leaving nothing for any of the children, including Alex. Alternately, if assets were set aside for Alex, as an individual with a disability, those assets would at least benefit one of the children, and arguably the one who needed the support most.

Once the transfer of conservatorship to Georgia was complete, several of our attorneys collaborated to set up a special needs trust for Alex and then worked with the probate court to obtain approval for the transfer of assets from the mother to Alex. Georgia, who had taken over the role of conservator for the mother, was also made trustee of Alex’s special needs trust. It was important to have someone other than her brother as trustee to avoid his being disqualified from receiving state assistance benefits. Making Georgia responsible for distributions protected those assets from the state.

With the trust in place, we were then able to apply for Medicaid benefits to cover the mother’s nursing home expenses. This process took some time as we worked to gather the requisite five years’ worth of statements on assets like IRAs and liquidate other assets in order to put them in the trust. Ultimately, however, we were able to protect the majority of the mother’s assets so that they would be available to provide for Alex, her son with the disability.

If you need help protecting money for a child with disabilities, contact us today.