Relief from Responsibility for a Deceased Parent's Debt 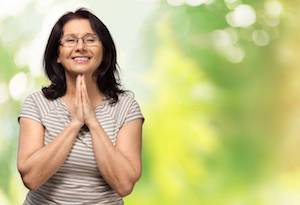 Losing a loved one is a traumatic enough experience without the added anxiety and stress of having to deal with estate debt. It can be scary for surviving family members who are beset by creditors demanding payment. Without the right legal knowledge and support, family members run the risk of needlessly compromising their own financial situations. This was the case for a woman who engaged Czepiga Daly Pope & Perri after her mother passed away unexpectedly.

Kate’s mom passed at the young age of 66. She had been diagnosed with lung cancer and, though she was expected to live for many years, was gone within a few short months of her diagnosis.

Kate lives out of state, but hired Czepiga Daly Pope & Perri when she came to Connecticut for the funeral. She wanted someone in-state to handle the probate matters, which were complicated. Kate’s mother had accrued substantial debt for medical and ambulance services as well as credit card purchases. In addition, she was carrying two mortgages on her home, in which she had very little equity.

To make matters even more complex, Kate’s brother was serving time in a state prison. Kate was rightly concerned that if there was any inheritance due to her brother, it would end up going to the state to satisfy the “payback” provision that holds prisoners liable for the costs associated with their incarceration.

Because she didn’t understand all of the possible legal strategies for managing what felt like an untenable situation, Kate was anticipating having to pay out of pocket to cover expenses including real estate taxes, legal fees, and preparing her mother’s house for sale.

After reviewing the situation, the Czepiga Daly Pope & Perri team determined that Kate’s best course of action was to declare the estate insolvent with the probate court, a process similar to filing for bankruptcy. In addition, we advised Kate on the legal order of debts – which ones had priority.

Under the legal order of debt priority, the first expenses to be paid by the estate (following the sale of the mother’s property) were for the funeral arrangements. The next immediate priority were the estate administration fees, including legal expenses, probate fees, real estate taxes, and costs associated with preparing the house for sale and putting it on the market. In addition, estate administration expenses also included Kate’s time spent managing the estate process.

After the estate administrative costs had been paid for, the Czepiga Daly Pope & Perri team developed a plan for the distribution of the remaining profits from the sale of the house – first to settle any medical debts and then to pay off the outstanding credit card bills. The team submitted documentation to the court indicating that the medical expenses would be paid in full and the balance of the profits would be evenly distributed to cover fifty percent of the debt on each of the credit cards. The court approved this plan, thereby releasing the estate from any further financial obligations.

By filing for insolvency and taking care to allocate the profits from the sale of the house appropriately, the team saved Kate from any personal debt liability or legal exposure. In addition, there was no need to allocate any inheritance to Kate’s brother, which ensured that none of the profits would end up going to the state.

If she had not sought professional legal advice, Kate would likely never have known about the insolvency option or that she was not personally responsible for her mother’s debt. Creditors can be very persistent and convincing, and do not always have the scruples to treat family survivors fairly. Having Czepiga Daly Pope & Perri handle all the details of her mother’s estate gave Kate a critical advantage and also put her mind at ease, allowing her to find much-needed closure.

“Upon my mom’s passing, I was appointed executrix of her Will; but because I do not live in Connecticut or know anything of the state’s probate process, I didn’t know where to begin,” recalls Kate. “From our first conversation, the team at Czepiga Daly Pope & Perri always answered promptly. They were patient and kind while explaining how to navigate the process, including some out-of-the-ordinary issues. No question was ever too small. I couldn’t be more grateful to the team for their empathy and expertise in the difficult, sometimes heartbreaking process of dealing with my Mom’s estate. I could not have undertaken the responsibilities of executrix without them.”