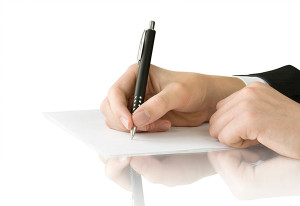 The day your loved one enters a nursing facility is not a great day. Aside from your own emotional strain you will try valiantly to let your loved one know that you will stay close and advocate for his or her needs.

And then there’s the paperwork. Lots of it.

Should you sign the nursing home agreement right then? Do you understand what it all means and that if you’re not careful, you could end up in nursing home litigation?

Robert, a family man in his fifties, agreed to bring his wife’s Uncle Jack to the nursing facility and to get him settled in.

When they arrived, Jack was brought to his room and Robert was shepherded to the admissions office where he sat down in front of the admissions coordinator.  Sitting in front of Robert, stacked a couple of inches thick, were admissions documents that the coordinator was about to review. Robert, shifting nervously on his chair, was caught by surprise because he had not expected to be involved in any paperwork; he thought his role was to provide moral support to Jack.

One of the documents Robert was asked to sign was a nursing home admission agreement.  He was told that he was signing as Responsible Party only because he was Jack’s contact for emergency purposes only.  He was also advised that he would not be held personally responsible for Jack’s debt, assuming a debt would ever be owed to the facility.

Fast forward nine months, Uncle Jack dies. Three months after Jack’s death, a state marshal came to Robert’s house and served him with a lawsuit stating that the nursing facility filed suit against Robert claiming he, as Responsible Party, owed it over $70,000.

If only Robert had known the implications of signing those documents, the next two years of his life would have been much less stressful.

Although this story has been slightly altered from cases we have encountered in the past, and although a majority of Connecticut nursing facilities would never conduct their admissions process in this way, the sad truth is that Robert’s experience is not uncommon.

Before you or your loved one is admitted into a nursing facility,

The 2 hours you spend in advance may save you, or a loved one, from potentially 2 years in court.