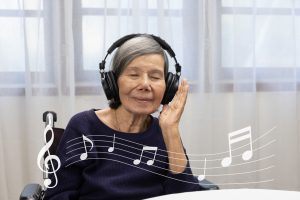 Music is, quite literally, the soundtrack of our lives.

Music is a vehicle for memories, emotions, and healing. It can lift our spirits, calm our souls, help us fall in love, and bring us to tears. Our favorite songs become part of our emotional DNA. Even long after decades have passed by, we can still sing along perfectly because each and every word and nuance of melody is imprinted on our hearts.

Music also has deep connections with memory. Just consider how hearing the first few bars of a certain song can take you back through time to your first kiss, a high school dance, your best friend’s wedding, a family road trip, or an ordinary afternoon with your toddler. In a way, creating playlists of our favorite music from different phases in our lives is like creating an auditory scrapbook.

The power to resurrect memories is part of the reason researchers have been exploring how music can be used to help dementia patients. In recent years, a number of studies and documentaries have shown that musical interventions—having a dementia patient listen to music—provide multiple benefits including:

A Man Named Henry with a Love for Cab Calloway

In 2014, the Sundance Film Festival Audience Award went to a picture called Alive Inside in which filmmaker Michael Rossato-Bennett “chronicles the astonishing experiences of individuals around the country who have been revitalized through the simple experience of listening to music.” A clip from the film went viral on YouTube as people shared various versions of an excerpt showing a dementia patient named Henry listening to music from his youth more than a million times.

The clip opens on Henry, an elderly man, seated in a wheelchair that is positioned in the middle of an activity room at a nursing home. Henry is crouched over a kind of lap desk attached to his chair, his hands curled in against his chest. When his daughter arrives to visit, he is unable to recognize her and only partially responsive.

As the clip continues, neurologist and author Dr. Oliver Sacks M.D. narrates what happens when a nurse has Henry listen to some of the music he loved when he was younger. As the songs play through a set of headphones attached to an iPod, Henry is transformed from being nearly immobile and very disconnected from the world around him to being very animated. And even after the headphones are removed, Henry is able to have a lucid conversation with an interviewer, and even sings a beautiful rendition of “I’ll Be Home For Christmas.”

The transformation is almost magical.

The Science of Music and Dementia 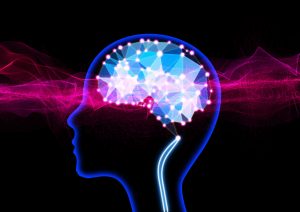 Dementia is a disruption of mental processes that is caused by brain disease or injury. Symptoms include memory loss, decreased cognitive function (thinking and reasoning), and personality changes. (Approximately 60 – 70% of dementia cases are attributed to Alzheimer’s Disease.)

Scientists have discovered that the part of the brain that responds to music is one of the last areas to be affected by common forms of dementia. Dementia primarily attacks the parts of the brain that power episodic memory—long-term memory that allows for the conscious recollection of past experiences.

However, the parts of the brain that are associated with procedural memory—implicit or “automatic” memory, such as muscle memory—are left mostly intact. In addition, there is semantic memory, which deals with facts, and is also often less affected than episodic memory by dementia. In the case of music, semantic memory is what helps us remember the name of a song and the artist performing it.

The bottom line, as Ronald Devere, MD puts it in an in-depth piece for Practical Neurology is that, “Musical perception, musical emotion, and musical memory can survive long after other forms of memory and cognitive function have disappeared.”

Tips for Using Music Intervention to Help a Dementia Patient

While you can work with a professional music therapist, part of the beauty of musical intervention is that it’s something caregivers can also implement on their own. Here are a few tips to consider if you’re thinking of incorporating music into a loved one’s treatment plan.

While some studies have shown that listening to any music can have positive effects, music therapy is much more powerful when the music has significant personal meaning to the patient. For best results, you want to choose music that your loved one likes, preferably music they listened to in their teens and early twenties. Consider creating a personalized playlist of your loved one’s favorites as well.

Avoid using music streaming services that include advertisements. Having a contemporary commercial interrupt the music can cause confusion and even anxiety.

Music can energize or soothe. Select songs carefully depending on the environment and response you are trying to create. You may want to create multiple playlists for different situations and times of the day. For instance, a calm playlist would be best at bedtime or during meals while something more upbeat might be appropriate during a midday activity.

To avoid overstimulation and to allow your loved one to focus easily on the music, make sure that there aren’t other sounds, such as a TV or loud conversations in the background, that are competing for attention. Furthermore, consider closing doors and windows to control ambient noise or using noise canceling headphones.

No matter who you are, swaying, clapping, tapping feet, and singing are all excellent ways to experience music more fully. Engaging with music physically helps to ground the experience and helps the listener connect more completely.

As your loved one listens to the music you’ve curated, pay close attention to their response. Make note of which songs they particularly like, as well as which ones elicit a negative or ambivalent response. It’s also helpful to identify which songs are tied to which emotions or other behavioral responses (relaxing versus energizing, for example). You can refine your playlists accordingly.

The Magic of Music

For people living with dementia, music can open a window on precious memories and help cultivate a sense of well-being. Perhaps most importantly, it creates the possibility of reconnecting with loved ones, if only for brief moments.

As Maria Von Trapp, the inspiration behind the beloved movie “The Sound of Music,” said, “Music acts like a magic key, to which the most tightly closed heart opens.”

To learn more about music therapy for dementia, check out these additional articles and resources:

6 Ways to Keep Your Brain Sharp

10 Early Signs and Symptoms of Alzheimer’s

Younger Onset Alzheimer’s – What You Need to Know