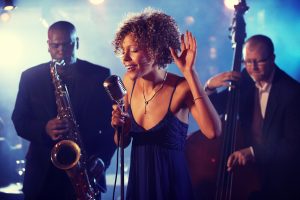 Certainly, an impressive who’s who list of music royalty that sadly left this world far too soon. However, this wildly talented group also had another thing in common – they all died without a proper estate plan (specifically a Will) in place – or in some cases, no estate plan at all!

These are not isolated cases. According to a Gallup Poll, more than 1/3 of Americans with an annual household income of $100,000 or more do not have a Last Will and Testament, and a staggering 54% of all adults have no Will!

So, while the rich and famous are hardly the only ones that pass without having a Last Will and Testament in place, there are certainly additional complications that the average person will not necessarily experience in a comparable situation. In addition to the potential enormous amount of wealth and publicity, a musician’s estate also can generate money long after the artist dies.

However, what we all have in common if we do not have a Will or our estate planning ducks in a row is the possibility of family strife and a long, drawn-out, and costly estate administration process. And rather than making the decisions for ourselves about how we’d like our assets distributed and to whom, it’s left up to the State and the courts to make those decisions for us.

Let’s take a look at some of the aforementioned performers who died “intestate”- meaning without a Will – and see what happened as a result of their lack of planning.

Prince – Prince Rogers Nelson passed away in 2016 at age 57, without a Will. After 6 years of litigation and tens of millions of dollars to attorneys and consultants to administer the estate, a Minnesota court was finally able to settle by dividing the estate, valued at over $150 million, amongst a New York music company and the three eldest of Prince’s six heirs or their families.

Bob Marley – Reggae legend Bob Marley passed away without a Will (due to his personal beliefs) in 1981. What followed was a more than 30-year battle amongst Marley’s heirs and his estate.  Under Jamaican law, his estate was to be divided among his wife, Rita and his 11 children – meaning Rita would just receive 10% of his assets.

A cascade of court battles then began when it was found that Rita had forged her husband’s signatures on estate planning documents leading to fraudulent transfers of Marley’s assets; Rita was then removed as a trustee of his Jamaican estate. And still more claims would pop up against the estate from several of Marley’s children (and their mothers) and business associates.

However, that wasn’t the end of the story. The 1991 ruling prompted yet another lawsuit in 2011 when the estate sued Marley’s half-brother, Richard Booker, and two of his corporations for giving Jamaican tours and coordinating music festivals in his brother’s name. After a year in court, the family reached a settlement. 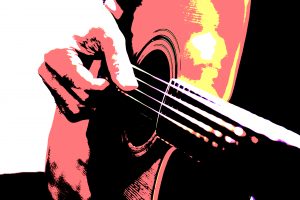 Jimi Hendrix, Amy Winehouse, Kurt Cobain – These three members of the “27 club” (a euphemism for artists who passed away at age 27) all died too young and without a strong estate plan in place. Predictably, messy court battles would then follow to settle their multi-million-dollar estates.

Billie Holiday – Billie Holiday’s life ended sadly and with just $0.70 in the bank and no Will, leaving her estranged (fourth) husband, Louis McKay, as sole heir. McKay subsequently re-married, but passed away in 1972 – leaving his estate, which was mainly made up of musical royalties from Holiday’s compositions – to his new wife and sons. The take away? By not having a Will, the present and future earnings of Ms. Holiday’s music (her estate has an estimated worth of over $1 million), wound up enriching people who had no relation to her whatsoever.

If only these musicians had made their wishes known with a proper estate plan, it certainly could have prevented some of the complex and cumbersome situations that followed.

None of us knows exactly what the future will bring. It is imperative that you do not put off the important task of including (and updating as needed) a well-crafted Will as part of your estate plan.

If you need help creating or updating your Will, contact us.  We can help.

The Shocking Truth About Not Having a Will

Estate Plan Updates: Why They Matter and When to Make Them

Minimize the Chances of Your Will Being Challenged

Can I Write My Own Will?