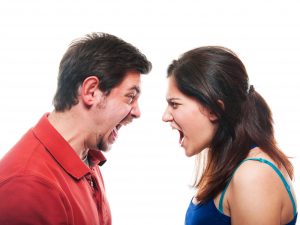 This is the first in a two-part series about the realities of and remedies for sibling rivalry over family inheritance. The 2nd part in the series “How to Keep the Kids from Fighting Over Their Inheritance” provides tips on how to avoid these kinds of conflicts.

“Mom always liked you best,” Tommy Smothers used to say. Those five words make up one of the most recognizable catch phrases of the inimitable Smothers Brothers. Coined in the early 1960s, it captures — in a humorous way — the rivalry that is an almost ubiquitous part of growing up with siblings.

Most of the time, such rivalries fade over the years, becoming fodder for family ribbing around the holiday table. But when the passing of a parent drives siblings into the unfamiliar territory of dealing with an inheritance, those rivalries can rear their ugly heads in unexpected and sometimes heartbreaking ways.

According to recent research from Ameriprise, while only 15% of grown siblings report conflicts over money, nearly 70% of those conflicts are related to their parents. The top three topics of discontent are:

The death of a parent is a difficult test for sibling relationships. Not only does it create a great deal of emotional tumult on an individual level, it can also stir up feelings of tension and suspicion between siblings. Old grievances can suddenly seem fresh if brothers and sisters are forced to try and address delicate financial issues on their own.

The variety of potential problems is endless.

Many things can exacerbate the already trying process of settling a parent’s estate and distributing the inheritance. Differing perceptions of what each sibling has “earned” can create very different expectations. A common scenario is when one child has done the lion’s share of the work taking care of an aging parent and assumes that he or she will receive the corresponding share of the inheritance.

Or perhaps one child received financial support in the form of a loan, investment, or property while the parent was still alive, and the other siblings feel that should be factored into how the remainder of the inheritance is divided.

Economic disparity between siblings can create also conflicts around how certain assets are divided and managed. An individual who is more financially stable, for instance, might prefer to hold onto a particular asset in the hopes of a long-term payout while a sibling who has a greater financial need may want to turn the asset around for a more immediate return.

Other common issues have to do with how new spouses or step-siblings figure into the picture, how dependent siblings (with physical or mental illness) are cared for, the estrangement of certain children from the parent, and the ugly possibility that one sibling (the “favorite”) may have exerted undue influence for personal gain. All these situations, and too many others to name, pit siblings against each other as they try to sort out who gets what.

For tips how to avoid these kinds of conflicts, click here to read the 2nd part of this post: How to Keep the Kids from Fighting Over Their Inheritance

Inheritance Expectations – Can They Be Challenged Ahead of Time?

How to Leave Money to an Irresponsible Child: Inheritance and Financial Responsibility

Why Disclaiming an Inheritance May Be a Good Idea

Siblings Caring for Parents: How to Make It Work

How to Leave Money to an Irresponsible Child (Video)