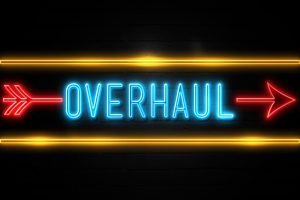 Exciting news for estate planning practitioners and their clients!

First developed by the National Conference of Commissioners on Uniform State Laws in 2014, the Uniform Trust Code was the first attempt to develop a comprehensive model trust code that embodies most generally accepted common principals of Anglo-American trust law.  The hope was that various states would each adopt the Code as a way of bringing greater consistency nationwide.  As of 2016, 31 States had enacted versions of the Uniform Trust Code – but Connecticut was not among them.  For many years proponents tried unsuccessfully to persuade the legislature to adopt the Uniform Trust Code here as well.  Now at long last it has happened.

The Act will become effective January 1, 2020.  In its entirety it is quite lengthy, running to some 120 pages.  Much of it is of a fairly dry, technical nature.  Yet there are a few major changes.  Here is a quick summary of some of the new features of the Act that we feel are significant:

A “directed trust” is a trust where someone other than the trustee can be directed to assume some powers and responsibilities over some aspect of trust administration.  This part of the Act defines a number of new terms for Connecticut.  For example, a “trust director” is someone who holds a “power of direction” while a “directed trustee” is the trustee subjected to that direction.  Example of powers that might be helpful to direct might include things like powers of investments, management tasks and/or decisions about distributions of trust property or other aspects of trust administration.

There are all sorts of situations where a directed trust might be useful.  For example,

The main takeaway is that a directed trust is an arrangement that affords a lot of flexibility in how trust assets are managed.  And now we are pleased that Connecticut will recognize them here.

As a general rule of thumb in the area of asset protection, the greater access you have to an asset, the more your creditors can reach that asset.  Or to put it another way, if you want to better protect your assets from creditors you generally have to give up access to those assets.  But for states that allow them, an asset protection trust (“APT”) is a very helpful exception to that rule of thumb.  With an APT, you can create an irrevocable trust which is well protected from your creditors yet you can still benefit personally from that trust.  In the portion of the Act termed the “Connecticut Qualified Dispositions in Trust Act,” Connecticut will now for the first time allow APTs in the State.  The Connecticut APT too is a new tool we think will be attractive to many of our clients, especially those who are wealthy or engage in high risk professions (think neurosurgeons) or high risk businesses (think environmentally sensitive enterprises).

The law against perpetuities is an old, common law that puts a time limit on the maximum time a trust can be in existence.  The rule itself is somewhat complicated to explain and almost all states have amended the traditional rules to some extent to allow longer time limits than the original rule would allow.  Prior to this Act, in Connecticut a trust could last a maximum period of time such that any beneficiary’s interest vests within 90 years or 21 years after the death of an individual alive at the time the interest was created.  Now, the Act extends the Connecticut’s 90 years all the way out to 800 years!

Why might you be interested in setting up a trust that lasts centuries or at least more than 90 years? Some of the greatest erosion of wealth over time are inheritance related taxes, divorce, and imprudence. Maybe you cannot control the latter two, but with a trust that lasts for centuries, you have eliminated transfer taxes for every generation that this trust exists. This change in the law is yet another indication that Connecticut has finally taken a major step in modernizing its Trust Code since the trend of most of its sister states has been to allow longer and longer trust durations.

Free Report: Should You Add a Trust to Your Estate Plan?