Have you heard the sales pitch?

There are annuities available that contain provisions known as “nursing home income doublers” that can help you pay for the cost of a nursing home stay.

These provisions are found in annuity contracts that guarantee the purchaser an income stream for life by way of an income rider that is attached to the base contract.

Many contracts are sold based on a premium bonus feature and guaranteed high annual interest rates that sound fabulous in today’s low interest rate environment.

Additionally, the owner can elect to start taking the guaranteed income stream for life at any time after the contract is purchased.

We recently saw a client (let’s call him Mr. Smith) who, several years ago, had purchased one of these contracts with a $100,000, premium payment.  He received a premium bonus of 8% which was added to his initial premium making his starting income account balance $108,000.

His income account balance was being credited a 7% interest rate per year. Then, the clincher, he could start taking income from his contract at any time and he was guaranteed to get those payments for life even if he lived to 120!

This is fabulous unless something happens to him while he was planning on living to his 120th birthday. Because the only way to benefit from that premium bonus feature and high interest rate is to start taking the income payments and then live past your life expectancy!

Mr. Smith had come to our office because he had developed health issues and he was now concerned about the possibility of future long term care costs.

What happens with that contract now? The annuity contract did have a nursing home income doubler provision, but what did it actually do? 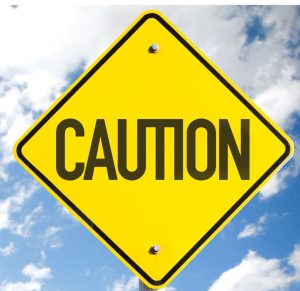 First should you enter a nursing home the double income payments under the nursing home provision are not guaranteed for life. They will continue only until your accumulated value (not the much higher income account value) reaches zero.

Secondly the double monthly income payments from Mr. Smith’s annuity would have amounted to $1,315, far short of the $13,863 current average cost of nursing home care in Connecticut. Additionally those payments along with his other income would go to the nursing home and would do nothing to help sustain his spouse in the community.

Essentially Mr. Smith has purchased an income doubler which instead of benefiting himself or his spouse, benefits the nursing home and leaves him without the $100,000 premium which could have been used to help sustain his spouse in the community.

If you’re sure you’re going to live a long healthy life then maybe these contracts are a good idea for you. However, if you are concerned about the possibility of long term care costs in your future, then don’t let the fantastic sales pitch fool you. You may be making a costly mistake.

Before you buy any annuity, you should be sure to consult with an elder law attorney who is well versed in issues related to long-term care costs.

Contact us today, we can give you a hand.

Related Posts:
Annuities as Asset Protection: Smart Move If You Do It Right
How to Choose the Right Nursing Home
Understanding Medicaid and Preparing for Long-Term Care Costs
A Good Reason NOT to Sign a Nursing Home Agreement for a Loved One While You’re at a Nursing Home